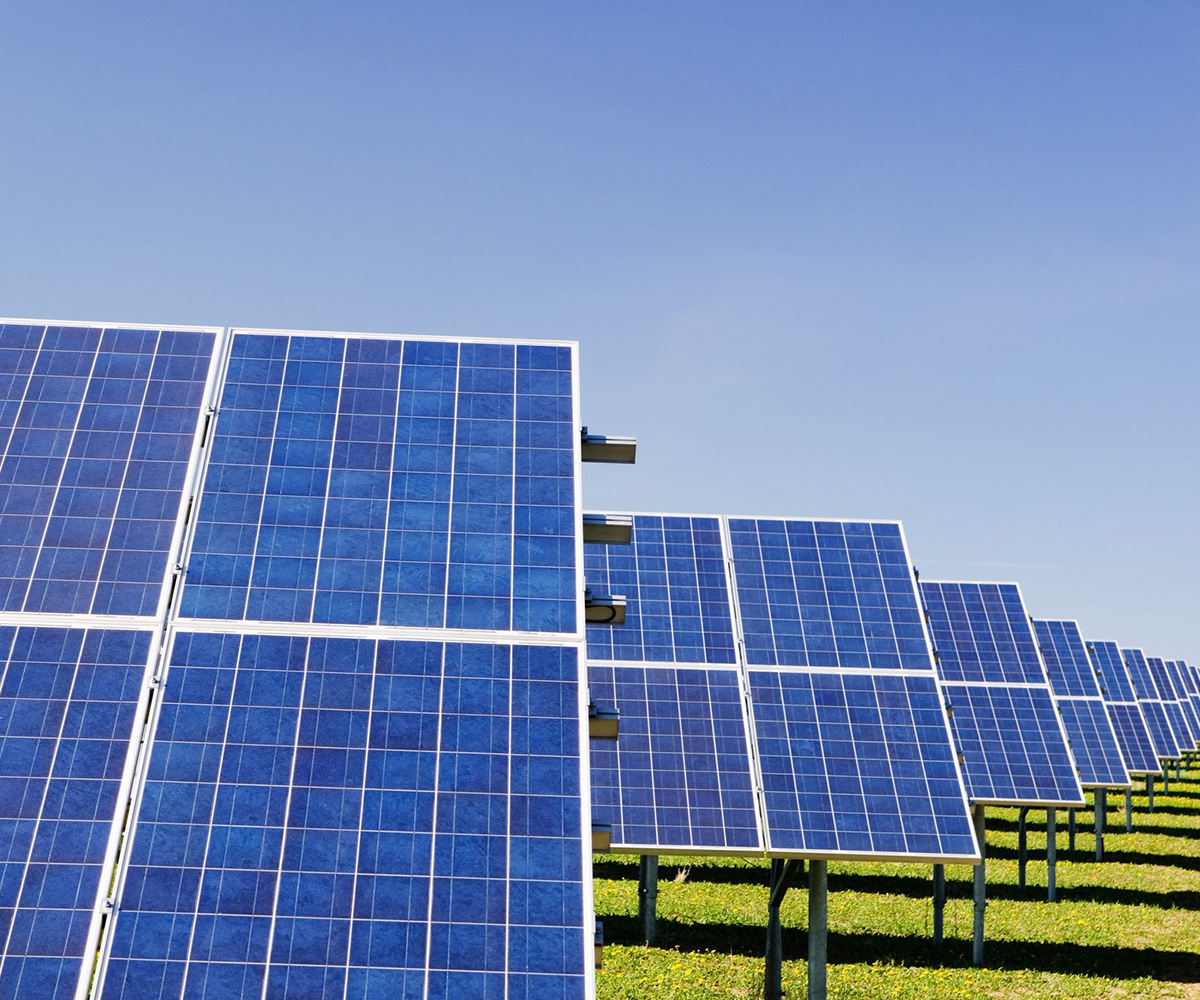 Magliano Alpi, a new energy community under the Christmas tree

Daniela Patrucco
The CER Energy City Hall in Magliano Alpi, in the province of Cuneo, is already operational. The contact and promoter is the Mayor, Marco Bailo, whom we interviewed.

It all started on April 28, 2020, when the City Council of Magliano Alpi, in the province of Cuneo, decided to join the “ Manifesto of the Energy Communities for an active centrality of the citizen in the new energy market “.

The Manifesto focuses attention on centrality of the citizen prosumer and that of the Community as a capacity for aggregation at the local level, to offer services to its members and bring socio-economic benefits to the local community.

Promoted by the Energy Center Lab of Polytechnic of Turin, in collaboration with the research groups of Politecnico di Milano , University of Bologna, Trento, Modena-Reggio Emilia is Udine , the manifesto commits universities to the activation of innovative research projects, aimed at building knowledge and awareness on the energy transition.

The first CER was set up on 4 December in Magliano Alpi. Is called Renewable Energy Community Energy City Hall, it’s a’ Association and was registered with the Revenue Agency on 18 December. Pending the election of the representative bodies, the contact person is the mayor, Marco Bailo, who intends to set up other renewable energy communities in close proximity.

Installations and organization of the CER Energy City Hall

As coordinator e prosumer of the CER, the Municipality of Magliano Alpi has made available a photovoltaic system from 20 kWp (pictured above) that it will be able to share the energy produced with the CER and not self-consumed by the Town Hall.

The system is installed on the roof of the Town Hall and also powers an EV charging column, which can be used free of charge with the health card. A second column is connected to the municipal sports facility which will return to a subsequent community.

In addition to the Town Hall, the current members of CER Energy City Hall are the users of the library, the gymnasium and the schools, together with the four families who first signed up (see map ).

On the dedicated page of Municipality website , in addition to the complete documentation of the CER, the form is available for the expression of interest to participate in Energy City Hall or to establish new ones in the area, both as prosumer, making available new photovoltaic systems, which like consumer , consuming part of the energy of the community plants.

As we have already written ( QualEnergia.it ), producers, consumers and prosumers have equal dignity and equal power in the Energy Communities, each contributing to the maximization of shared energy, the primary objective of the CERs.

Genesis, objectives and future projects: interview with the Mayor of Magliano Alpi

We interviewed the mayor of Magliano Alpi, Marco Bailo and from his enthusiastic story the technical-bureaucratic obstacles which persist in the start-up of Renewable Energy Communities due to the digital divide, when you don’t have friends available to help out with DSOs or the control of networks of local distribution, as it happens instead to Berchidda .

Mayor, how did it happen that you found a ready-made PV system for the energy community? 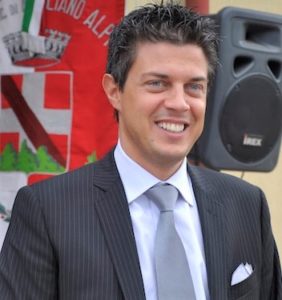 The photovoltaic system was installed in May 2020, immediately after the first lockdown, on the south slope of the municipal building. While being able to opt for on-site exchange, we waited for the evolution of the legislation to start immediately with the CER. The energy policy of our administration was already very clear in the electoral program with which we were re-elected in 2019; our energy objective was to reduce the energy consumption of public buildings and to produce electricity from solar to be installed on the roofs of these buildings.

You have gone far beyond installing PV systems …

Of course, and we are determined not to limit this project to the small municipality of Magliano Alpi, which has 2,230 inhabitants, but to exercise an active role as a Public Administration in the development of innovative models for the revitalization of the territory. The mission of the Public Administrations is to seize these opportunities, instill trust in citizens to make them aware of the energy transition and participate in the environmental and economic benefits that CERs can bring. After this terrible pandemic, we want to make the know-how acquired so far.

The CER must become a catalyst for “local short supply chains”, with high added value and a strong cognitive and technological value. In fact, already in this first community we have involved not only private citizens, but also local technicians and artisans belonging to the world of VAT numbers, precisely to spread this message, making sure to excite an audience of profane people, for now, of the world. electricity.

Who are the members of the CER Energy City hall?

They are private citizens, a technical professional, a local craftsman, and obviously the Municipality of Magliano Alpi as a public body, all connected to the same transformer substation. We had a good response from the citizens of Magliana to the Expression of Interest published on the Municipality website even if at the moment the connection to the same substation remains. Several citizens have already expressed their intention to install new plants themselves.

Have you organized public meetings, even virtual ones?

The lockdown didn’t help at all, and neither did the technology. In addition to publishing the event on the website, I personally went from house to house to explain the project and collect the adhesions. It is already very difficult to do municipal councils online. Regardless of the specific skills of citizens, in fact, we also have connection problems. The fiber, which was supposed to arrive in December, is yet to come. It snowed and there were power outages. There is a lot of talk about the digitization of internal areas, but it is a really slow process.

How will the GSE incentives be distributed?

We have already purchased the smart meters, to be delivered in the next few days, and carried out inspections at all of the CER’s PODs with one of our trusted electricians, to evaluate their positioning and installation. All meters will be installed by the end of the year. In parallel to the calculations of the shared energy that the GSE will provide, we are nevertheless evaluating the use of management and analysis platforms of the energy flows of production and consumption. But nothing is simple, because even in this case we will have problems in data transmission and we will have to use SIM cards until the fiber arrives.

Speaking of difficulties, how did you manage to survey the PODs and the corresponding transformation cabins?

In the village we have 13 cabins. I was very lucky because thanks to a friend who works for e-distribution, with whom there is a relationship of mutual collaboration and availability, I was able to have the cabins corresponding to the PODs that I gradually reported in a few hours.

We are planning an additional 30 kWp system for this first CER, which will be installed on the school gym. Given the willingness of other citizens to join, by next spring two other CERs will see the light, of which we are already planning the operating procedures and planning the installation of the new plants.

How do you plan to manage all these energy communities?

The most important and perhaps slightly more complicated step from a fiscal and administrative point of view, for a PA in particular, will be the establishment of a Energy Community of the Territory “CET”. We are thinking of an entity that will operate in partnership with specialized subjects to manage the CERs that will be born in the coming months both in the Municipality of Magliano Alpi and in other Municipalities. Of course, for our small provincial reality it is a big bet, but we are believing in it by dedicating a lot of energy so that this project brings economic and environmental benefits to our community. 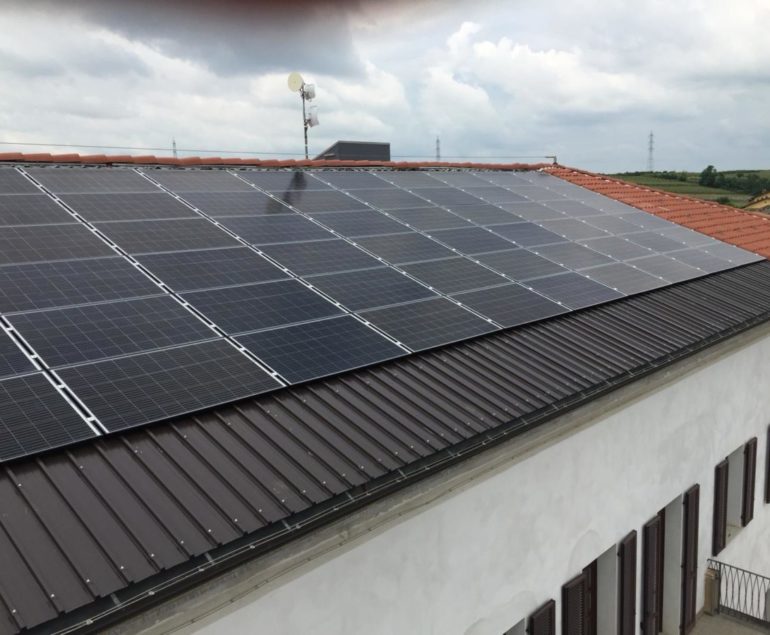